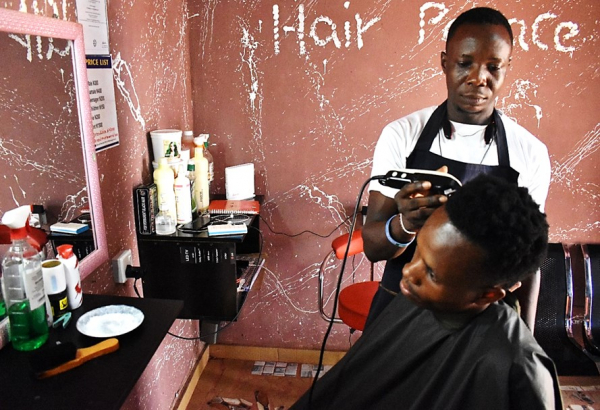 When Kenneth Aighobahi, a twenty-five-year-old Libya returnee migrant, left Nigeria with the intention of settling in Europe, he had no inkling what laid ahead for him.

The native of Ovia South West LGA, Edo State, who was forced to give up his educational pursuit after he graduated from secondary school due to financial constraints, took to learning welding and made a living thereof. In 2016, unable to set up his own business, Kenneth decided to travel to Europe by land through Libya. The journey, however, ended in Libya where he was captured and imprisoned with hard labor on three occasions. He worked in a welding shop after regaining his freedom, and began to save funds for his ultimate goal of proceeding to Europe, which ended up a failed venture.

With the help of help of International Organization for Migration (IOM), Kenneth returned to Nigeria and depended on his aged parents to feed. Luck shone on him when a friend referred him to Caritas Nigeria for the GIZ intervention for returnee migrants. At once, he was admitted, trained and set up in barbing business in 2020.

Presently, not only does Kenneth own a stable source of income, he also earns about NGN3,000 daily, and is able to put aside some of his earnings with a savings group. he is confident that he would expand his business before the end of the year 2021. For him, nothing beats his strengthened hope which was restored by GIZ through Caritas Nigeria.

More in this category: « Returnee migrant empowered and contented with barbing business Endurance finds fulfilment »
back to top