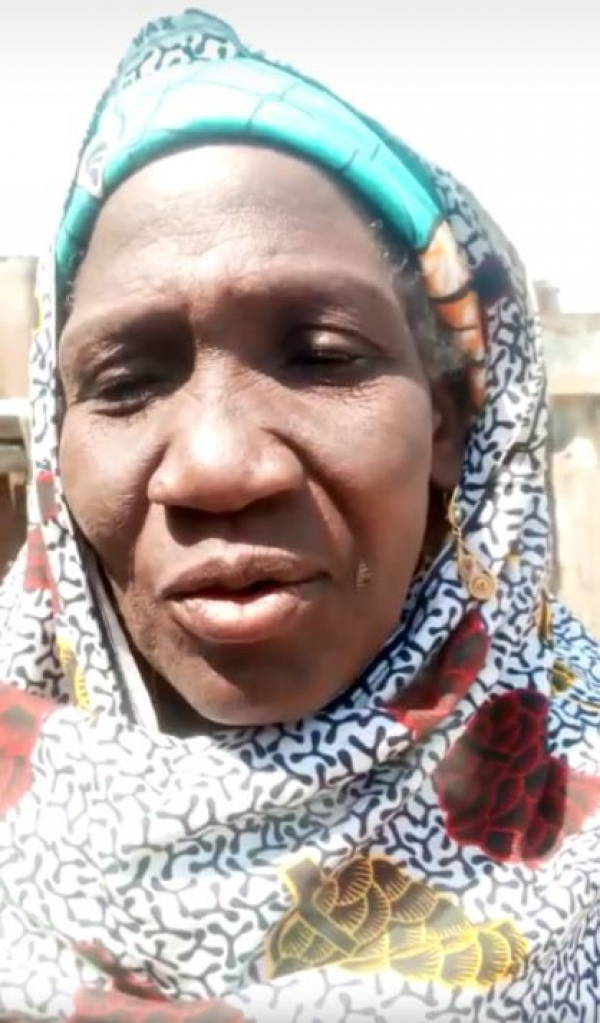 Aisha Ali Damijida Dominic Musa
Aisha Ali is a grandmother, who depended on charities for her upkeep. Following her displacement from her home in Marte, Borno State, Aisha made her way to the Sulumburi Dogon Yaro internally displaced persons’ camp in Maiduguri, Borno State, a facility that lacked basic amenities, such as tents, water, electricity and washrooms.

She could not engage in economic activities owing to her frailty, hence she resorted to alms, which scarcely met her food needs, while her grandchildren, who put up in other IDP camps, also fended for themselves through alms. 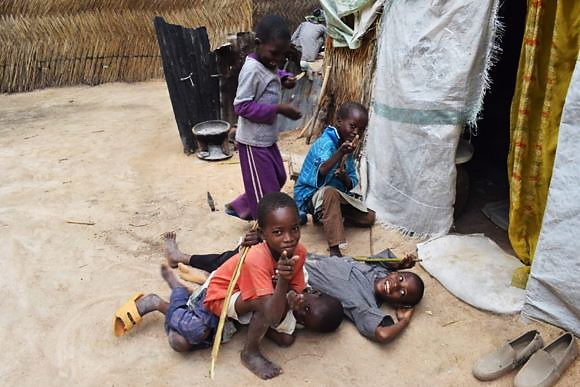 When the German Federal Foreign Office(FFO)-funded project targeted at improving the living conditions of people affected by insurgency in Northeast Nigeria, kicked off in Aisha’s locality, she was identified for assistance based on her apparently poor food consumption score. As a household head, she was enrolled for cash transfer, credited with the sum of NGN27,000 in six tranches, and issued with an electronic card to access her funds.

The months succeeding this intervention had Aisha purchasing food items for her household and setting up a petty trade for her grandchildren. During a midterm term survey, the Caritas Nigeria team discovered a remarkable improvement in Aisha’s food consumption score and the growth of her source of income.

"Thank you Caritas Nigeria & JDPC (for selecting me for the German FFO Cash for Food Program)".

She further adds "Caritas Germany and Caritas Nigeria were sent by Allah to rescue us".

More in this category: « Inspiring story of a mother with nine daughters, thrown out of her home Displaced and widowed mother of four now a poultry owner »
back to top

Success Stories
How SILC is Changing Lives for the better...

Savings and Internal Lending Communities (SILC), is a key component of the Caritas Nigeria sustainab...

Success Stories
Meet Mary Idi: Whose dream of Diversifying her...

Mary Idi is from Tampul community in Uba Local Government Area of Borno State. She is marr...

Success Stories
Inspiring story of a mother with nine daughters,...

The story of 45-year-old Happy Tanko is a stirring yet inspiring one: a mother of nine female childr...

Aisha Ali is a grandmother, who depended on charities for her upkeep. Following her displacement fro...

Success Stories
Displaced and widowed mother of four now a...

When Zara Modu, a mother of four children, lost her husband and residential apartment to the protrac...

Success Stories
Soap-making training marks the turning point for a...

For several years, Sera Ezra, a 38-year-old displaced mother of five and resident of Dazala communit...

The Nutrition component of the Norwegian Ministry of Foreign Affairs Project (Norwegian MFA) which s...

Thank you! Please check your email and confirm the newsletter subscription.