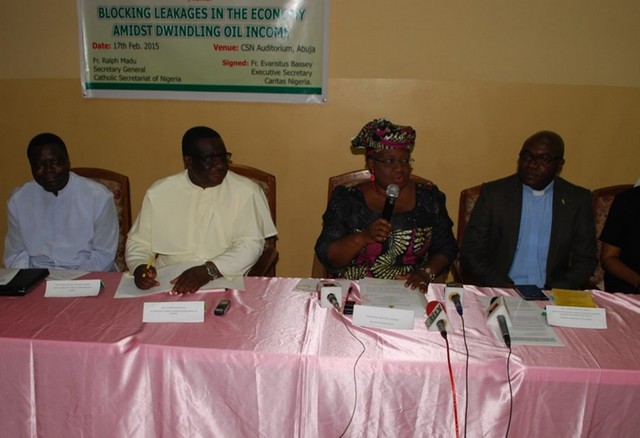 The Good Governance initiative predates Caritas Nigeria, and takes its origin from the onset of the 21st century, when the Catholic Bishops’ Conference of Nigeria (CBCN) in their wisdom decided to develop a framework for promoting integral human development in Nigeria.

In doing this, the bishops also focused on building a platform that would provide practical perspectives to the challenges of the social teachings of the Church in the contemporary world, and ensuring that citizens felt a sense of belonging to their nation and participated actively in the promotion of the common good. With this development, the Catholic Secretariat of Nigeria through the Justice Development and Peace Commission (JDPC), a unit in the Department of Church and Society began to carry out interventions on behalf of the Church to address issues around injustice and the promotion of the common good.

... building a transparent and accountable society where citizens participate in decisions that affects their lives


In 2005, the Catholic Secretariat of Nigeria, inaugurated a Think Tank, which would provide the reflection and articulation of points for the various issues and challenges facing society. The Think Tank was to function as the advocacy and policy repository of the Catholic Secretariat of Nigeria. It was similarly, saddled with the responsibility of advising the Catholic Bishops’ Conference of Nigeria on social, political, and economic issues, while facilitating and disseminating the Church’s position on governance issues in forms which are detailed and effective. All the activities of the Think Tank were to be carried out in line with the social teachings of the Catholic Church. This design, which prioritized effectiveness and maximum impact, focused implementation of its activities through the National Coordinator who doubled as the CSN Liaison Officer in the National Assembly.


Between 2005 and 2007, Nigeria’s democracy and its governance systems grappled with a number of challenges, which provided the background for the interventions and contributions made by the Think Tank. Particularly through the activities of thematic committees, a number of planned measures were implemented to engage governance systems with the goal of recording impacts, which would help realize the objectives of the Think Tank. Some of the contributions included direct involvement in public and private programs aimed at realizing the set objectives of the CBCN. The Think Tank also collaborated with the JDPC and other civil society organizations in the country to implement interventions with collective outcomes.


Some of these contributions include:

In January, 2008 the Catholic Secretariat of Nigeria made a formal request to the National Assembly for the creation of a Legislative Liaison Office in the Assembly. The request was granted in June, 2008, thereby providing a veritable platform for a robust engagement with a critical institution and arm of Nigeria’s democratic system.

The Nigerian political, social and economic realities were defined by the absence of effective governance, rising inequality and democratic deficits within the period under review. It was a period when Nigeria grappled with the problem of running a democratic system without the full complement of democrats resulting in the alienation of citizens from governance and its outcomes. Although there remained abiding faith among Nigerians that democracy, which delivers good governance remained the only road for the nation to travel to realize its manifest destiny, the challenges posed by a corrupt and self centered political elite, tested this faith to its limits.


The First Think Tank Legislative Liaison Officer came into office in 2008. In its first outing, the Catholic Secretariat Think Tank Report on Democratic Budgeting impacted in the area of influencing the legislative decision making, resulting in the creation of a Senate Implementation Committee on Inclusive Budgeting. This creation was a parliamentary sub-committee under the Appropriation Committee of the Senate, and it was given the mandate to study and make recommendation to the Senate on the framework for implementing “Inclusive Budgeting in Nigeria”. This particular milestone has also reinforced the critical place of accountability in the democratic process, especially in the use of public financial resources.


After the establishment of Caritas Nigeria in September 2010, by the Catholic Bishops’ Conference of Nigeria (CBCN), with the mandate as a specialized agency responsible for overall coordination of humanitarian and development programs for the Catholic Church, a role previously performed by the Church and Society Department of the Catholic Secretariat of Nigeria (CSN). The National Assembly Legislative Liaison Office and the Think Tank Committee was transferred to Caritas Nigeria in a move to structure further interventions to achieve optimum results and impacts. 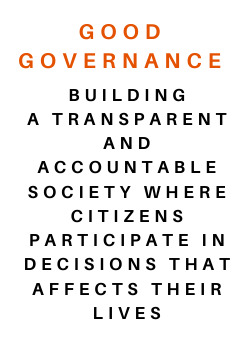 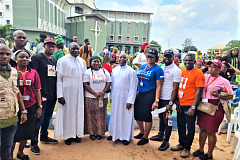 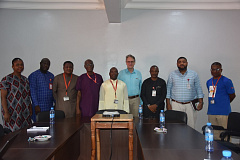